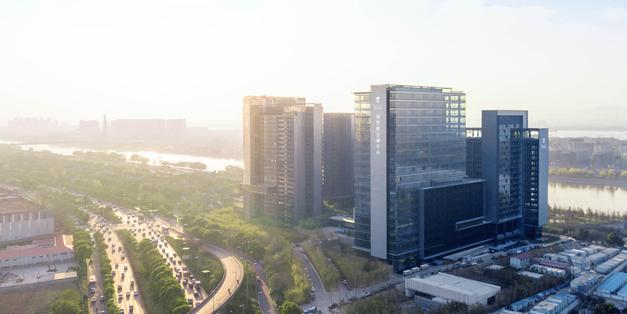 This development is situated on the confluence of Han Zhong Men Da Jie, the main east-west vehicular artery of Nanjing, and the banks of the Yangtze, nestled within a greenbelt zone that runs alongside the east bank of the river. This prominent position allows for uninterrupted views, both directly across the water and diagonally along the Yangtze's landscaped banks.

The design solution is an iconic statement—a conceptual gateway that celebrates the strong axial relationship of the project site to the city and its unique position on the banks of the Yangtze. 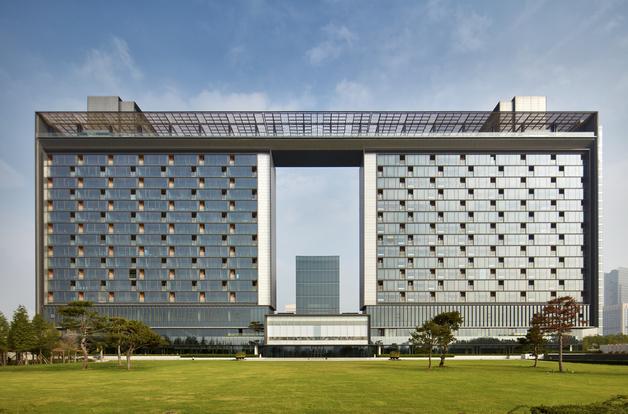 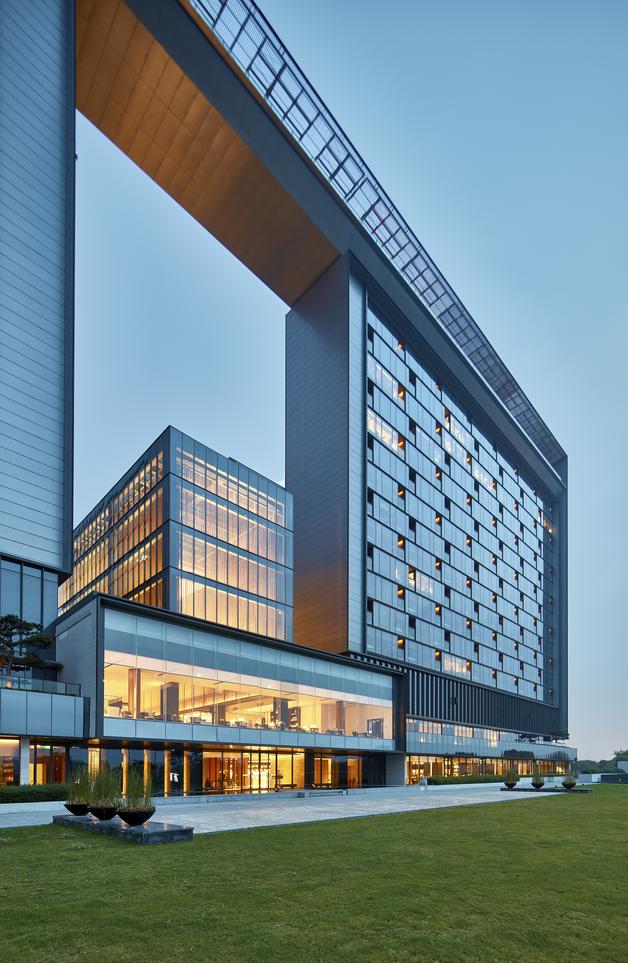 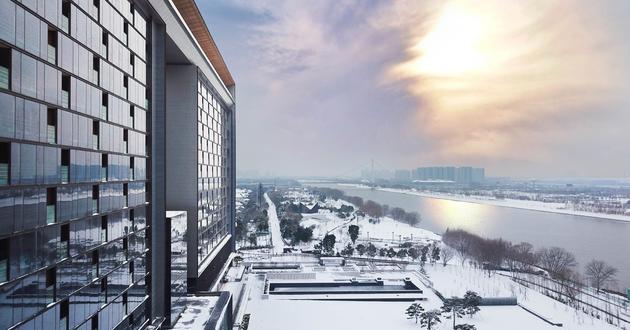 The main components of the development are placed as an extension of this axis, paying tribute to the traditional Chinese imperial and courtyard architectural planning principles of axial movement and symmetry. The groupings of the architectural components embrace and shape outdoor landscaped gardens and water courts composed along, and symmetrically adjacent to, this central axis. Traversing the project is experienced as a journey through a series of unfolding internal and external spaces, culminating in a large landscaped water court that merges visually with the Yangtze.

The hotel component is placed in the most prominent position with sweeping vistas across the river and along its landscaped banks. Divided into two wings that form a gateway crowned by a linear landscaped platform, the hotel offers unparalleled views over the Yangtze.

The office and residential towers complete the architectural composition on the northeast and southeast corners respectively by embracing two large central landscaped courtyards. The hotel, residential and office towers are placed on a luxury retail podium that extends over the site and blends into the surrounding landscape. 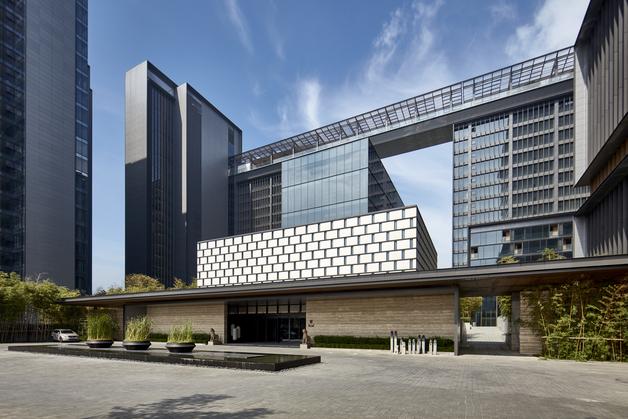 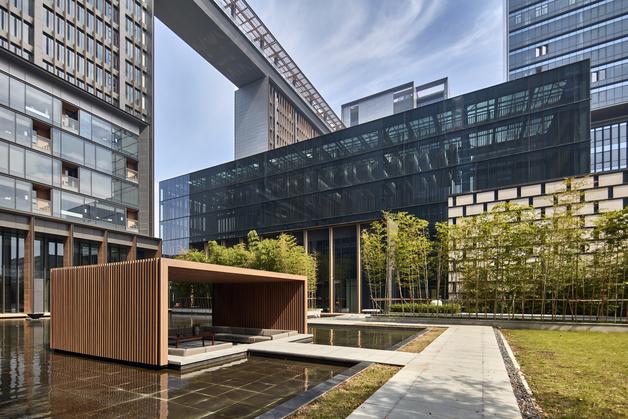 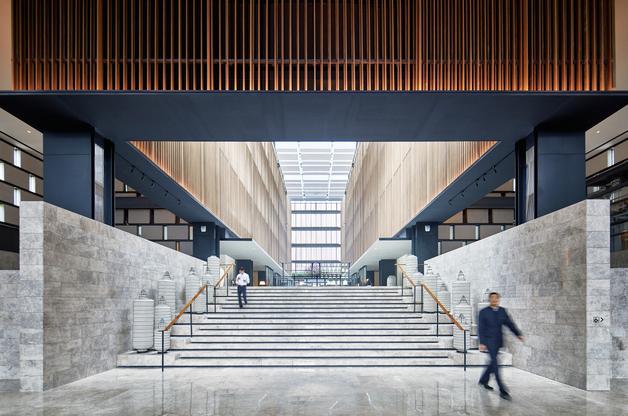 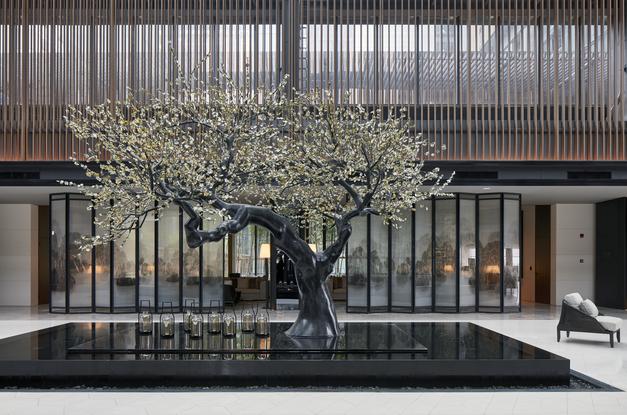 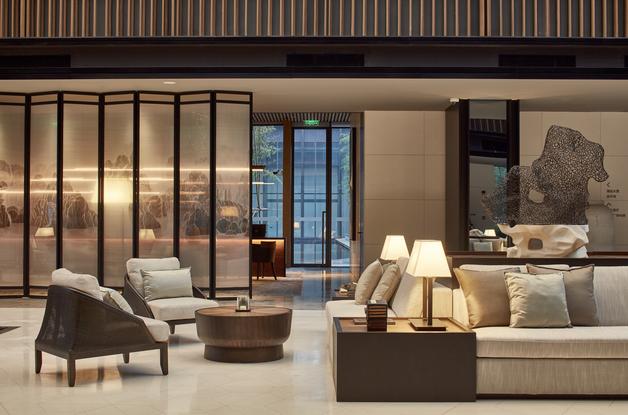